Veggie Pret started as an experiment last year, a London pop-up that was expected to last [be viable] for about a month. It has since become permanent with two outlets in London already – an indication of a plant based food revolution?

Having been a veggie for twenty odd years, back when the notion was a bit ‘hippie’ and the best you could hope for was a processed veggie lasagne when you ate out, like anywhere, a freshly prepared ‘fast food’ option is a breath of fresh air. A lot has changed in twenty years and this is another leap in the direction of ‘food equality’!

Already known for its comprehensive healthy options, from protein pots to a range of tasty salads nestled alongside great coffee and sweet treats (the popcorn bar is a triumph btw), so what prompted the shift towards all out veggie? That would be us then.

After running a public poll in 2015, prompting over 10,000 opinions, Pret listened and responded;

“You’ve been asking for more vegetarian and vegan options” explains Pret CEO Clive Schlee; so much so it seems a number of Pret staff wanted their shops to go Veggie, but the first two are Soho and now Great Eastern St, Shoreditch, due to their high levels of vegetarian sales.

Pret’s chefs have been experimenting with new ingredients and flavours to meet the challenge, including 45 new options, from an open avo and egg on rye sarnie, cacao and orange pot and a vegan chocolate brownie. Being vegan or veggie is really shredding its image as a mother earth movement with tasteless rabbit food offerings. The sense of compromising taste for principle or health is waning with creative menus from the likes of Pret making mass market (V) food so tasty it can be enjoyed by all.

Pret Hong Kong ran a highly successful “Not Just For Veggies” campaign recently to a very enthusiastic response from customers and media; “it can be no coincidence that the launch of the campaign has helped our Hong Kong business to enjoy three consecutive weeks of record sales” said Schlee.

As the movement for eating less meat continues to grow, the next step for Pret is the US market, where they’ll be launching a new veggie range in all stores at the end of April. I’m currently in Miami and can’t wait to check it out stateside. 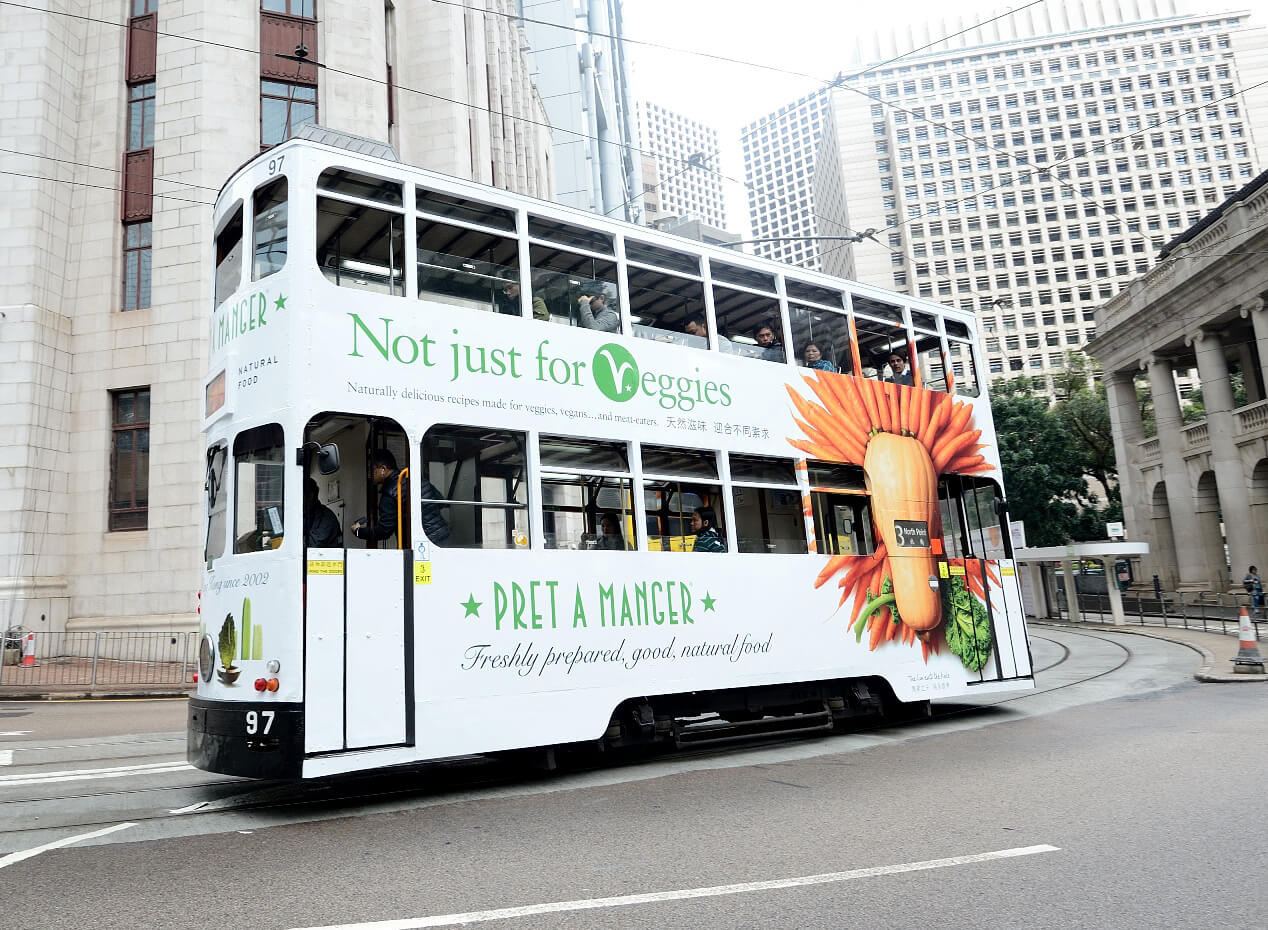 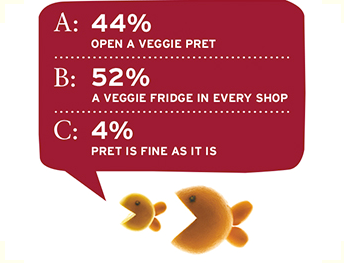 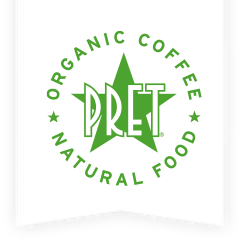