Pikes Ibiza  (pronounced Peek-ayes) is a 15th Century mansion converted into a luxury boutique hotel in the 70’s by the colourful, English born, fiercely Australian, Balearic answer to Hugh Heffner, Tony Pike. The hotel hosted the original outlandish parties, attracting A-listers in the late 80s and early 90s from Spandau Ballet to Kylie, Kate Moss and Wham, whose Club Tropicana video was filmed here. Pikes became notorious as the place to lose your head along with your inhibitions, with orgies a regular feature. Tony himself is rumoured to have slept with over 3000 women, married numerous times and had a highly publicised passionate affair with Grace Jones, going on to become her European Tour Manager. It doesn’t get any more rock n’ roll. If only those walls could talk…..

However, in 1998 Tony put the hotel up for sale and became victim of a £50k scam that resulted in his son being murdered in Miami, where he’d traveled to resolve the situation and recover the money on behalf of his dad. Italian TV producer Enrico Forti was convicted in 2000 for fraud and murder.

Ibiza Rocks took over the helm in 2008 and who better to continue its rowdy yet cool legacy than half of the infamous Manumission team, Andy & Dawn McKay. The place was a bit tired and in renovating the place they were determined to respect the hotel’s history, adding their own stylistic stamp to hail a new chapter. Speaking with White Ibiza this year, Dawn explained that for them “the hotel is a living, breathing museum to everything Tony built. We needed to modernise it, but we never wanted to strip away its identity”.

Cue Rockett St George, who’ve featured in my design column for Vale Life many times, so it came as no surprise they were hired as part of renovations earlier this year. Bringing their own brand of eclectic yet decadent maximalism to Room 9, including a bespoke neon Kate Moss quote; “Why the fuck can’t I have fun all the time?” (indeed), to a faux taxidermy zebra leaping from the charcoal painted walls. The clever marriage that means you can shop the look when you get home (instead of stealing bits along with the toiletries). Combine the Monkey and Typewriter lamps, a mid-century drinks trolley, golden champagne bucket for some wild glamour, layered with exotic textures including cowhide rugs and Moroccan wedding blankets. Plus you can own a specially curated selection of Pike-branded pieces at the hotel, including the Pikes logo in pink neon and specially designed wallpaper. “Boho chic meets rock ‘n’ roll glamour!”.

With everything you need in one place from 25 unique bedrooms, sprawling gardens, Rory Dobner cat mural, Club Tropicana pool and bar, the ‘Room 39’ restaurant, to yoga, tennis and Freddie’s Bar (the nightclub – a tribute to Freddie Mercury who celebrated his 41st birthday here, incl thousands of balloons that took 3 days to inflate!); Pikes is the ultimate uber chic package holiday. Book your adventure here. 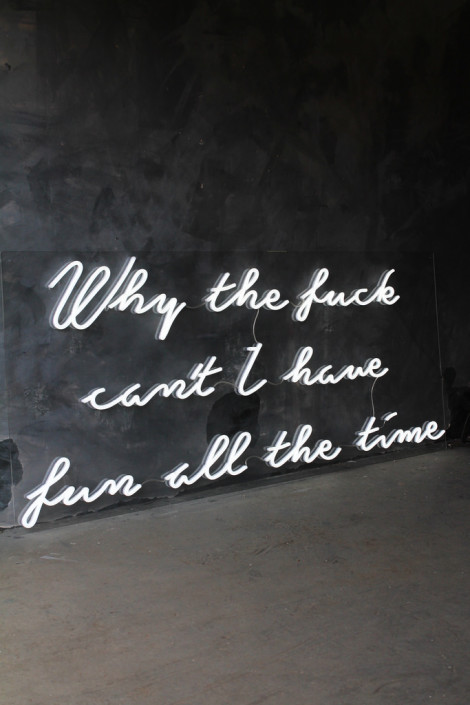 “For me, the Pikes range started out with giant disco balls, neon lights, palm tree lights and cocktails – these were all things that went hand in hand with the Pikes story and go a long way in getting a party started.” – Lucy St George 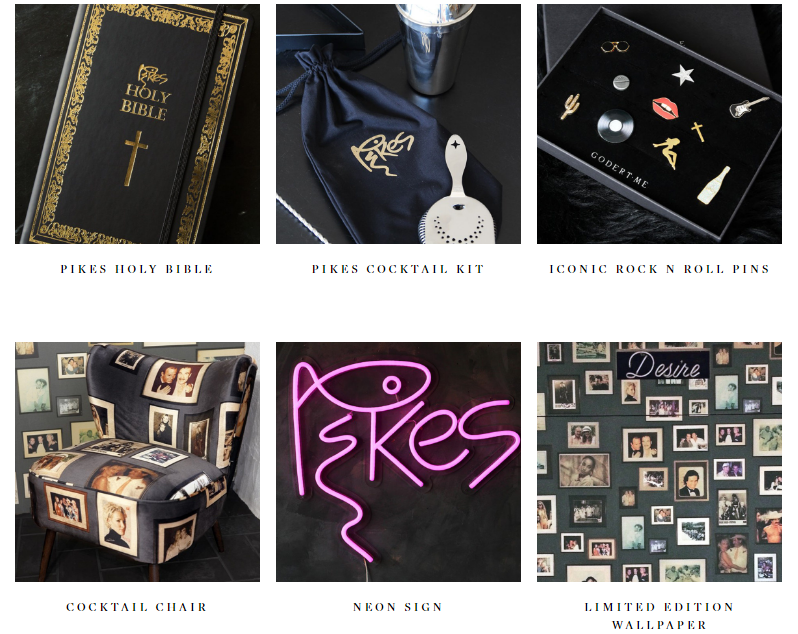 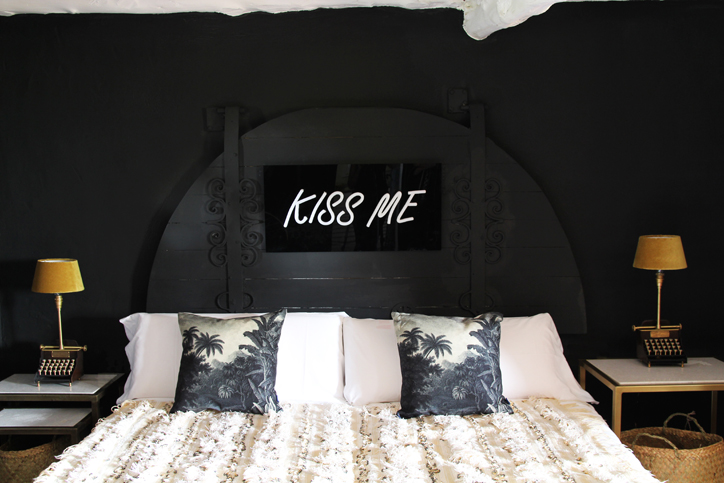 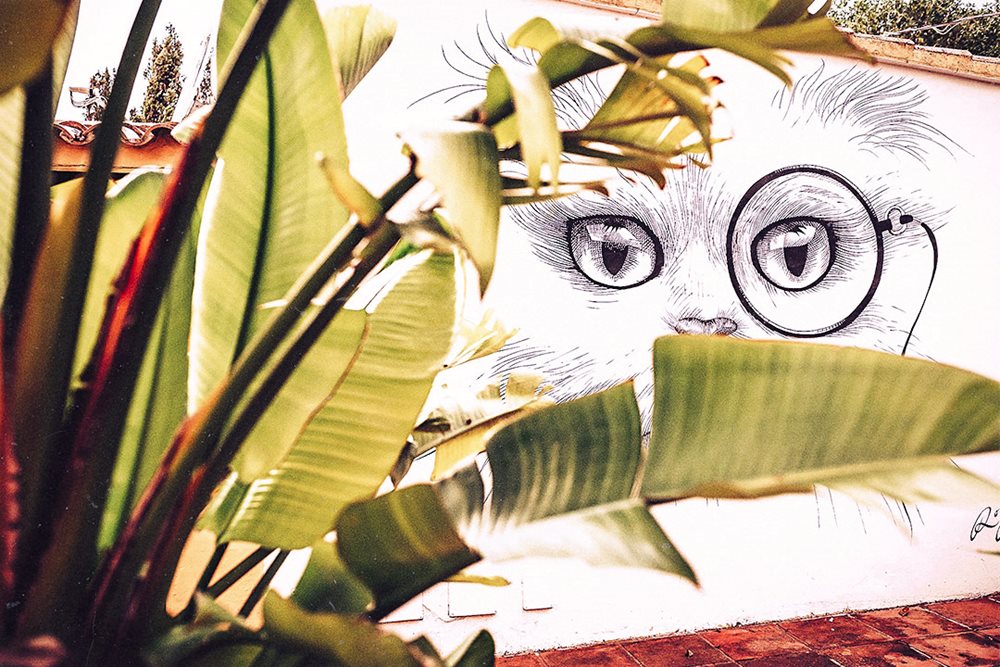 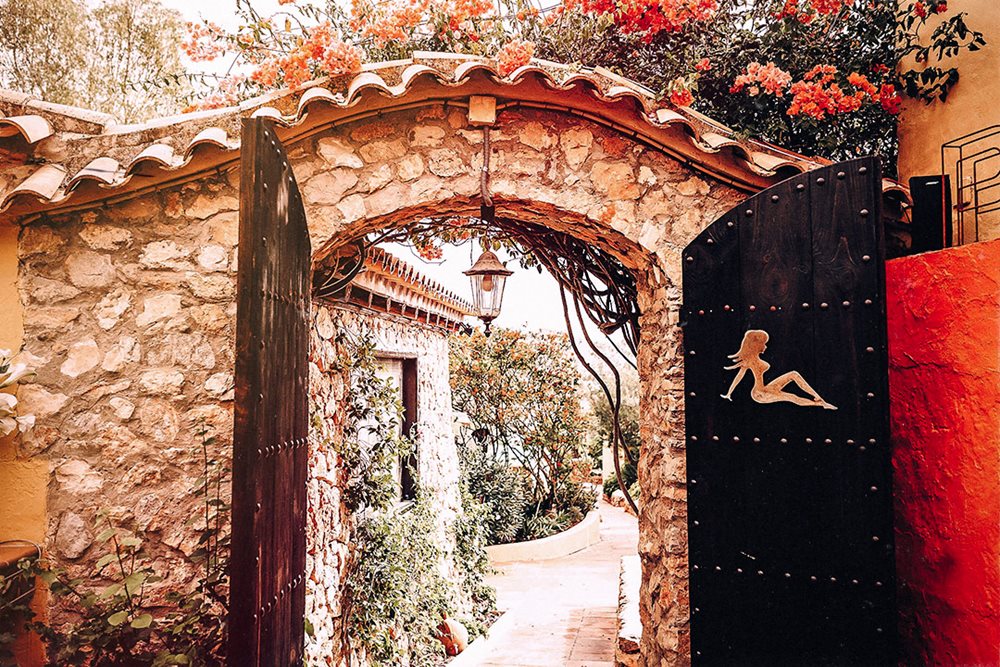