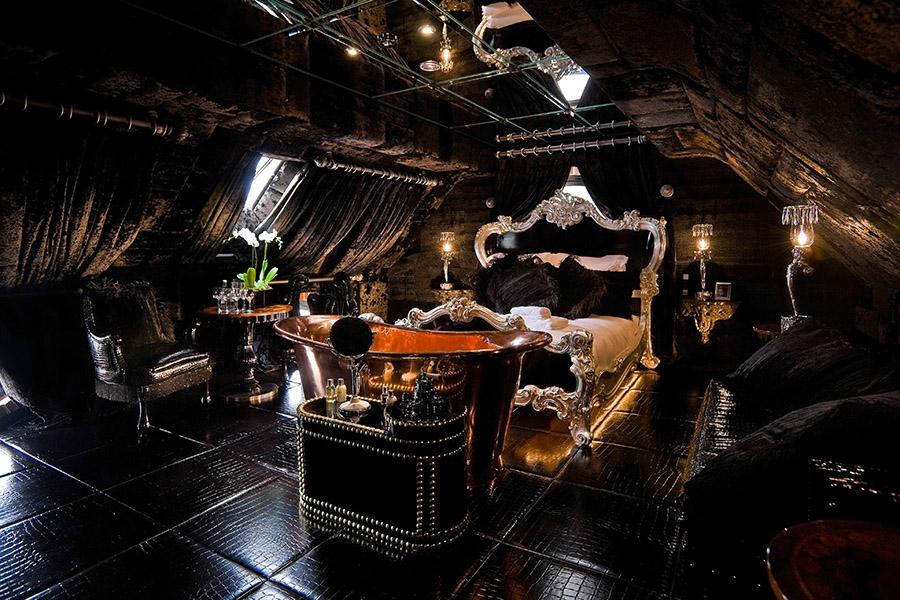 We’ve been rockin’ and rollin’ with feature walls for years and to be honest I’ve never been a big fan – unless it’s necessary as a visual trick to ‘widen’ a narrow room perhaps, and even then I struggle.

Even the advent of truly amazing wallpapers hasn’t persuaded my aversion; (though I confess to having one wall in a white lounge papered in a white Biba-esque design for a while!), except in bars and restaurants where they are fully integrated into the overall interior design. I think that’s the nuts of it for me – they need to be fully integrated, cohesive. Mostly, feature walls have been slapped up in garishly bold colours that stick out like a sore thumb. I know, I get it, the premise is to make a statement, but for me it has to be at home in the space, have some connection, relationship to the rest of the space.

So, move over walls and hail a full on fetish for statement ceilings that has seriously set my pulse racing – a feeling that’s like the interior designers equivalent of finding the Holy Grail, hello excited me. Thus, unlike the feature wall that can jar and wriggle in a room like a toddler wanting to get down from the table, a statement ceiling is automatically balanced because, as a great floor underpins a space, it’s cohesive and literally oversees the room. I’ve been thinking of doing something over the kitchen table to add drama and atmosphere. I’m so excited by the idea I could burst.

Tin tiles deserve some credit here, developed in the mid-nineteenth century when mass produced sheets of thin rolled tinplate became readily available in America, reaching their zenith in the 1890’s. They’ve had another moment in latter years, featuring a lot in restaurants and residential interiors, so are perhaps becoming a little bit passé (soz). That said, as I always advocate re trends, if you love it do it, regardless of current popularity.

Think gold leaf, leather, metals, painted, wallpapered, splattered, patterned, architectural, plastered and carved. Just note that darker / heavier type effects will give the illusion of bringing the ceiling down – perfect for high ceilings, or cosy and dramatic if that’s your goal, or it could feel oppressive if it’s not.

I’ve curated the best of the best on Pinterest – designer Kelly Wearstler in particular has some great projects to inspire.  If you’re already ahead of the curve share your own ceilings with me onInstagram I’d love to see them, and I’ll share mine once I decide and get it done. 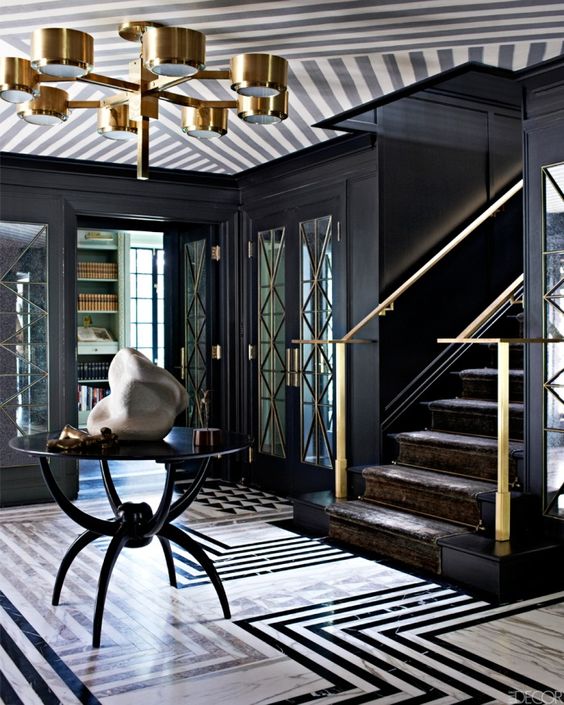 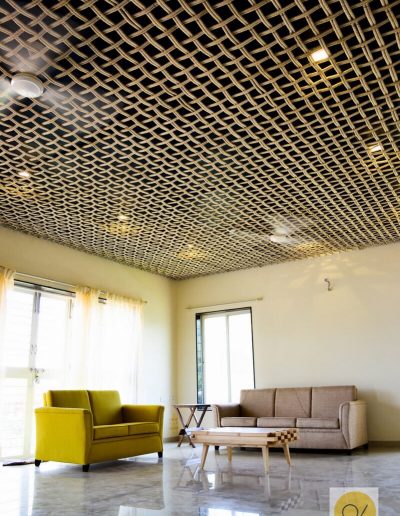 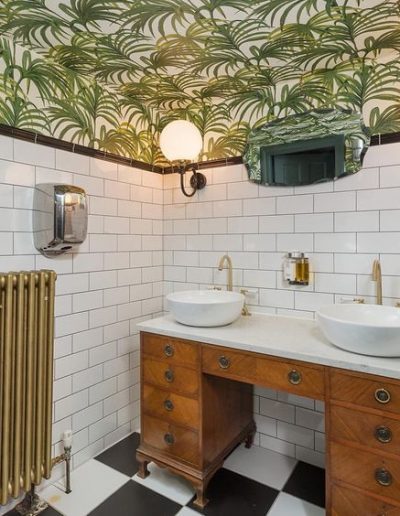 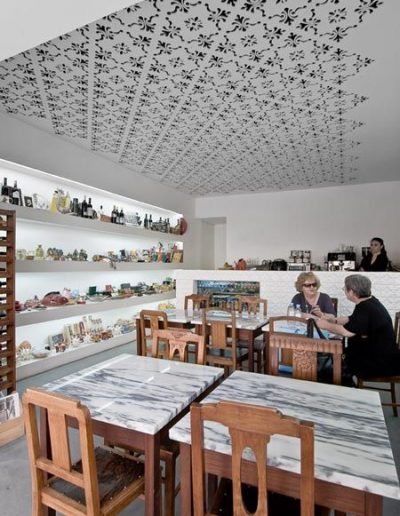 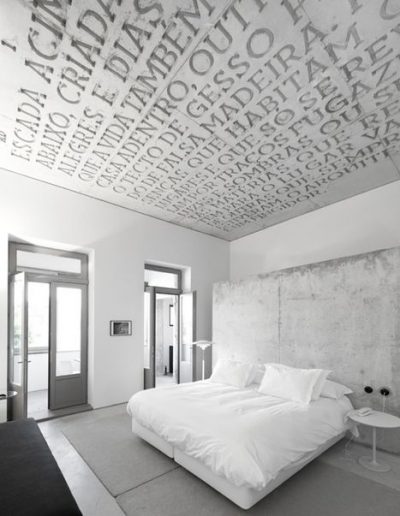 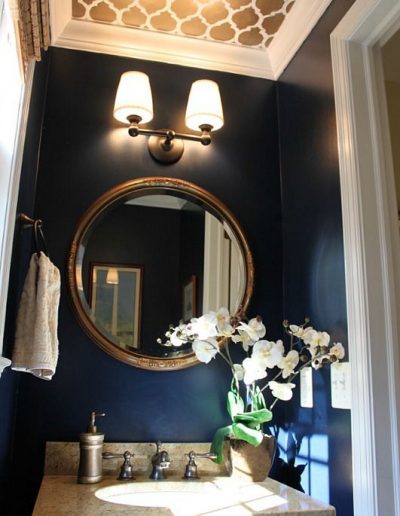 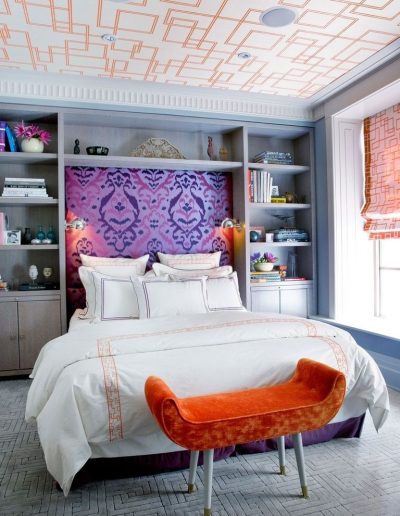 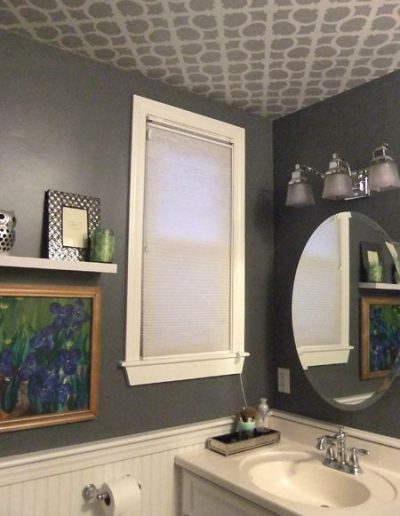 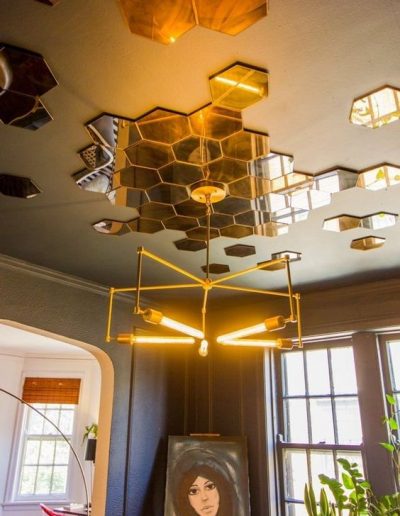